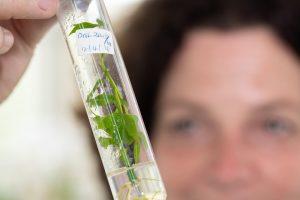 In vitro culture, or plant tissue culture, is a technology of growing plants under sterile conditions in a controlled environment. The latter is provided by using laboratory-prepared medium with known concentrations of nutrients, vitamins and growth regulators and growth chambers with controlled light, temperature and humidity. While achieving better control over plant development and health status, in vitro culture requires less space compared to field collections and hence is often used to safety duplicate accessions of clonally propagated crops that cannot be conserved as seeds.

Plants in vitro are propagated by cutting them into nodal sections that are subsequently transferred to a fresh medium. This procedure known as “subculture” is normally repeated every 4-6 weeks. However, in the genebanks, subculture periods for most crops are extended to 6-24 months due to “slow growth conditions”: supplement of chemicals that suppress plant growth and lowing the temperature and light intensity in growth chambers. 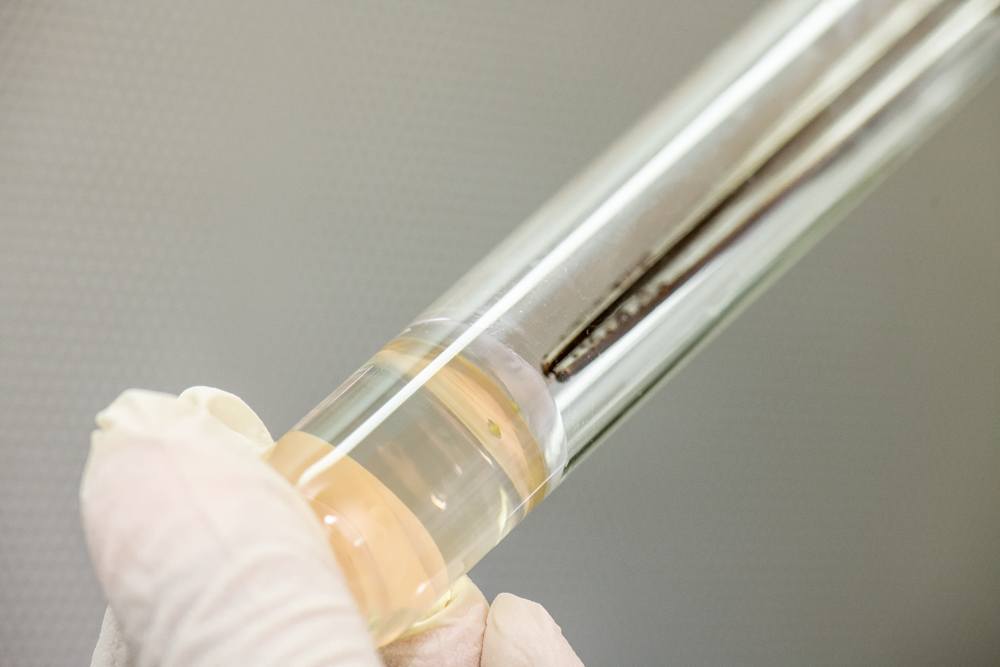 Meristems are placed in in vitro media for regeneration into a whole plant. The small meristem can be seen in media. Photo: Michael Major/Crop Trust

In vitro plants are used to safely duplicate accessions from field collections, for aseptic plant production, safe and easy international exchange of phytosanitary clean material, for cytogenetic and molecular characterisation, and as donor materials for cryopreservation. Another important application of in vitro culture is phytosanitary cleaning. The apical shoot tip of the infected plant which contains no or less concentration of pathogenic agents is dissected and used to regenerate a healthy plant. This method is often combined with other treatments such as chemo and thermotherapy. For example, in CIAT, shoot tip culture combined with cryotherapy (exposure to liquid nitrogen) is applied to eliminate cassava common mosaic virus (CCMV) and a Reovirus associated with cassava frog skin disease (CFSD).

While being an attractive approach to conserve plant germplasm, in vitro cultures even under reduced growth conditions remain labour intensive. Another major impediment of tissue culture storage is the possibility of genetic instability due to somaclonal variation (mutations that occur spontaneously in vivo or in vitro, whose frequency is generally increased over the years).

The four centers together with their national and international partners run research programs focused on advancing in vitro conservation of tropical crops and using it for crop improvement.

FAO. 2014. Genebank Standards for Plant Genetic Resources for Food and Agriculture. (Standard for in vitro conservation can be found on pages 134-138).

Vanhove, A.C., Vermaelen, W., Panis, B., Swennen, R., Carpentier, S.C. 2012. Screening the banana biodiversity for drought tolerance: can an in vitro growth model and proteomics be used as a tool to discover tolerant varieties and understand homeostasis. Frontiers in Plant Science 3, article 176.